Marilyn (my iPhone) Has A Disease 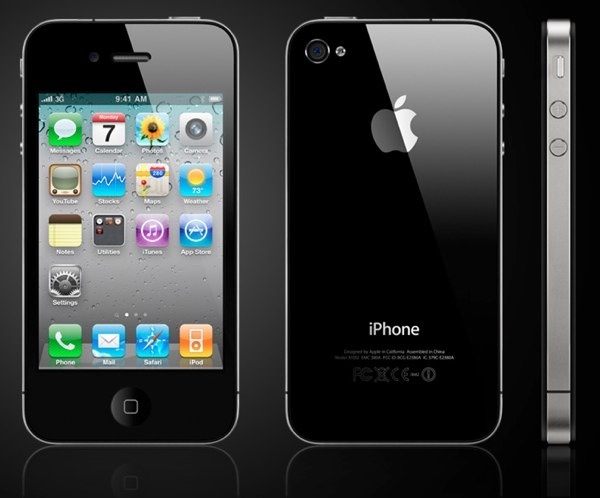 My iPhone has internal issues. When I’m talking to someone, I can hear them perfectly, but they cannot hear me at all. The home button is also being difficult. It has been for quite some time, but that never really bugged me. I took the phone to Apple and they told me since my warranty ran out, they could not replace the phone. Basically they let me know that Marilyn has a disease but since she has no insurance, they would not be able to do anything. They gave me a list of things I could do at home. I tried them, and I’m still having the same issue. FML!!!!!

I asked what was my option if that did not work, and she let me know that I could take it back in and would have to pay $150 to replace it. I know I could upgrade to the new iPhone 4S, but as much as I want to, I won’t. I want to wait until the iPhone 5 is available so my contract is officially over and I can get thew new phone at a lower price. At this moment I’m restoring my phone back to how it was. My phone was being a slut and got some dreadful STD. Now here I am paying the price.

I honestly don’t talk too much on the phone, but with the situations I am currently dealing with, I need to have my phone ready to answer those important calls.

Now I just have to wait until tomorrow to say goodbye to the current body Marilyn has, and await for the new and improved one. No evening appointments until Tues, so I booked one during my lunch tomorrow. I’m taking off to handle this ASAP!!!

iPhone 5, please come out this year. I’m a bit jealous of those who have Siri.

My Most Anticipated Films of 2012

The 2011 year has come to an end and 2012 has begun. We had some great films that were released last year, and we have many films that look promising coming out throughout this year. Although there are many films I do want to see, I have compiled my list to the top 10 films I’m anxiously anticipating. I wanted to put them in no particular order, but as I was typing them, I found myself wanting to put certain films before or after another. In the end I figured I might as well make the list in order. 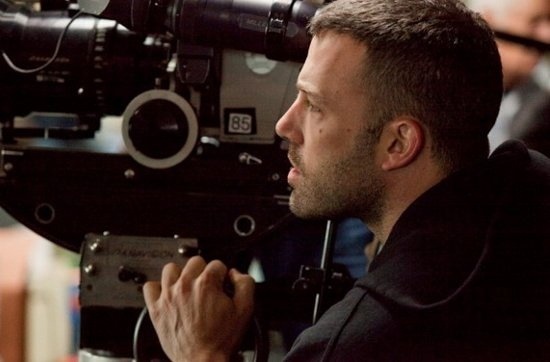 Ben Affleck has had quite a streak of amazing films as a director. I loved GONE BABY GONE and THE TOWN. He has a knack for directing and I cannot wait to see what he has in store for us in ARGO. If you have heard nothing about this film, I wouldn’t be surprised. It’s not on many peoples radar as of now. The film is a historical drama about the rescue of six U.S. Diplomats from Tehran, Iran during the 1979 Iran hostage crisis. I have not been disappointed yet by Mr. Affleck, and I am intrigued to see how this film does during award season. 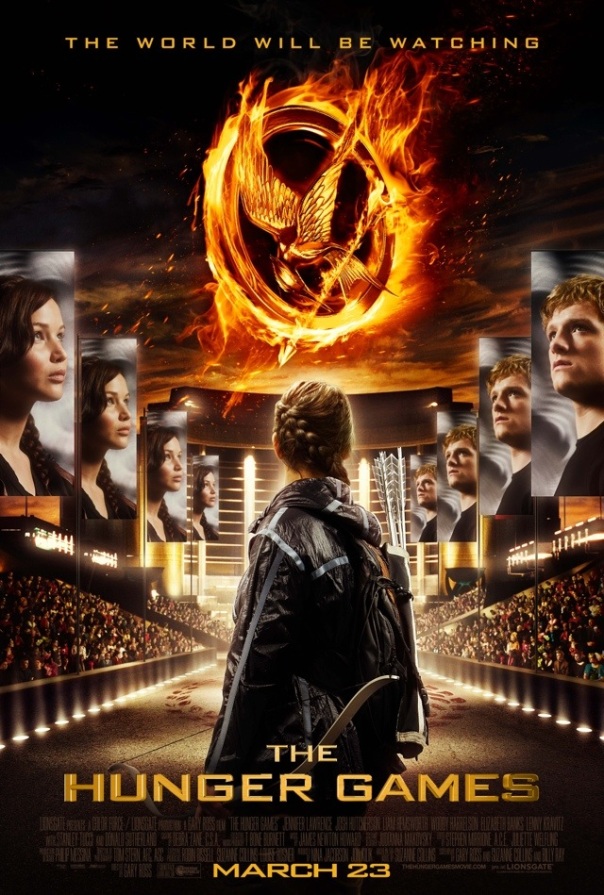 Thank god this is no TWILIGHT. The book was extremely well written and the story was simply just a great read. I predict this will reach a massive audience worldwide. The death scenes and the games themselves are what I am most looking forward to. The first trailer released focused more on the characters before the games themselves, but I’m curious to see how the film adaptation turns out. I really do hope they do the book justice when they do start the games. 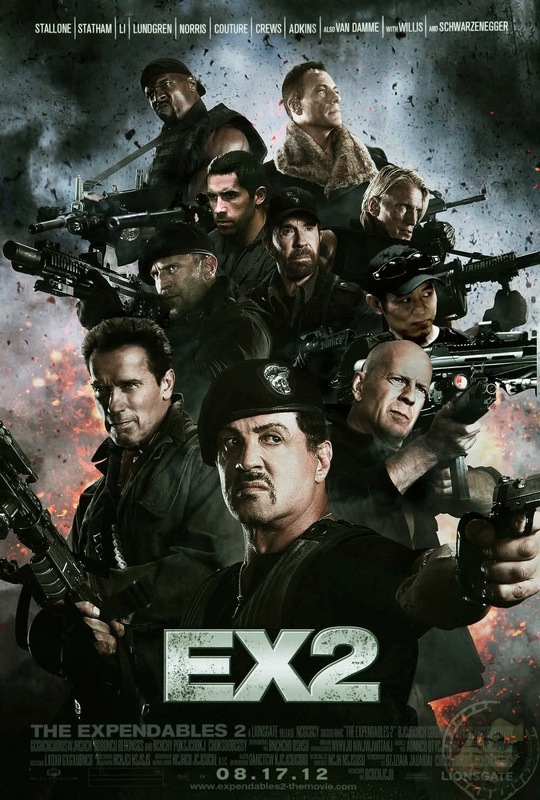 Chuck Norris. ‘Nuff Said! The first film was just plain fun. This one seems like it will up the ante and breaks those cameo appearances in the first film to full fledge main characters. The return of Charisma Carpenter is just plain awesome. She recently confirmed her involvement via twitter after denying any part of being in the film for months. Sneaky, sneaky!! The film had me when Chuck Noris was cast. Anything else is just an added bonus. 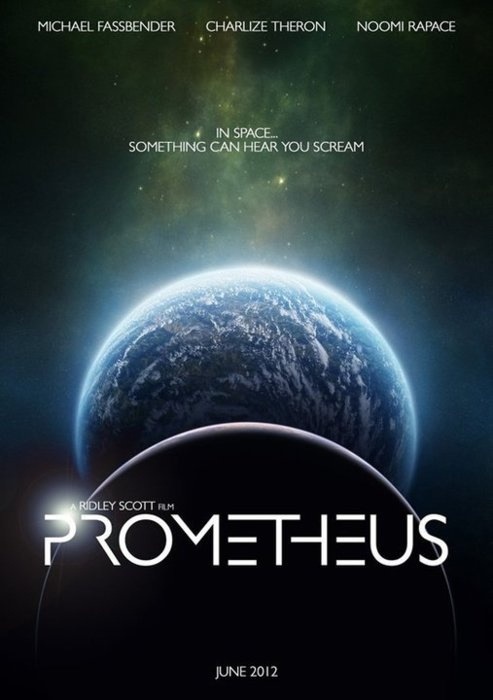 What was originally intended as an Alien prequel soon took a life of its own and was molded into its own film. The film looks to have strands of the Alien film DNA, and the trailer just pumps me up to know more. Michael Fassbender has shot up my list as one of my favorites, and I can’t wait to see how he performs in a sci-fi film. The sci-fi fans seem to be in for a special treat. I’ll be there with them all! 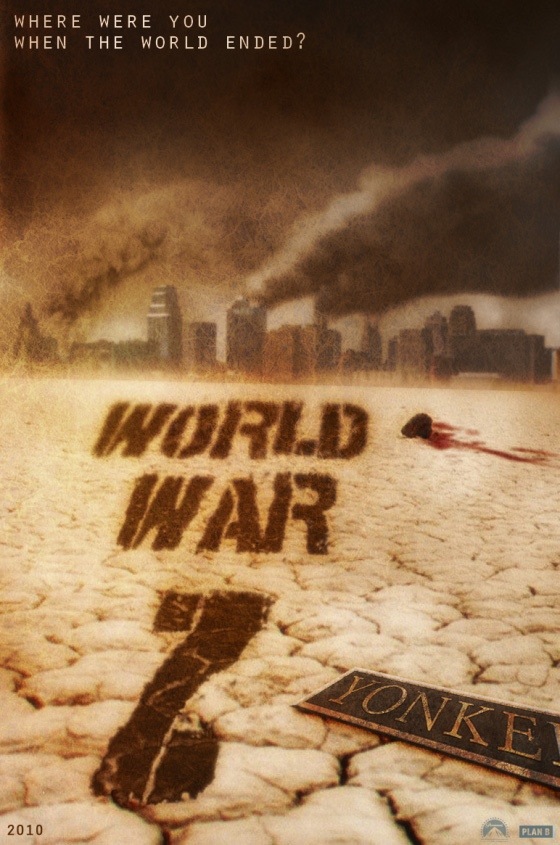 Zombies. What else can be said. Been looking forward to the film adaptation since i finished reading both books in the series. If the zombie apocalypse ever occurs, know that I will be carrying the first book, THE ZOMBIE SURVIVAL GUIDE with me at all times. It may also be the first zombie movie with a potential to be nominated for any awards. Trust me kids, you will all be in for a special treat!!! 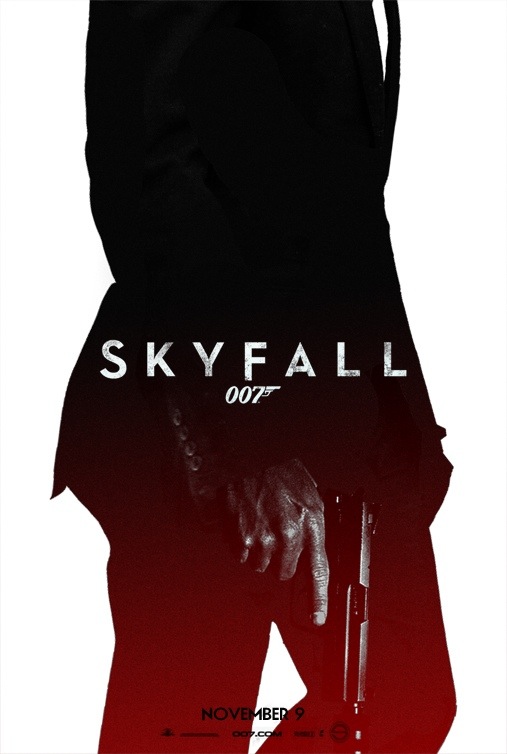 Daniel Craig IS James Bond. He is by far my favorite Bond, and has surpassing Sean Connery. Say what you want, but i have never been as entertained as i was while watching Casino Royale. It is simply an amazing film. Although Quantum of Solace did not live up to my expectations, I have high hopes for this new installment which bring back the cast from the first two films and adds some interesting actors to the mix. I’m giddy thinking about this film!!

4. THE CABIN IN THE WOODS 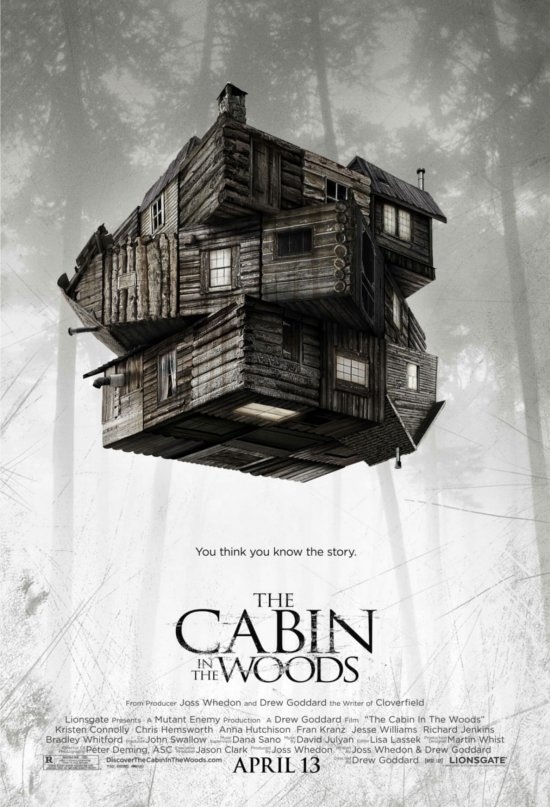 This film has been on my list for the past 2 years. There was a time when the film may not have seen the light of day, but thankfully that is not the case. Joss Whedon is one of my gods. His storytelling is just pure genius. Buffyverse actors, brilliant tag lines, and a trailer that makes me go WTF?!?!? I’m in!!!!!! It seems to look like a hybrid film incorporating two genres and I cannot wait to see this. Wheaton has not disappointed me yet, and I have high hopes for this film! 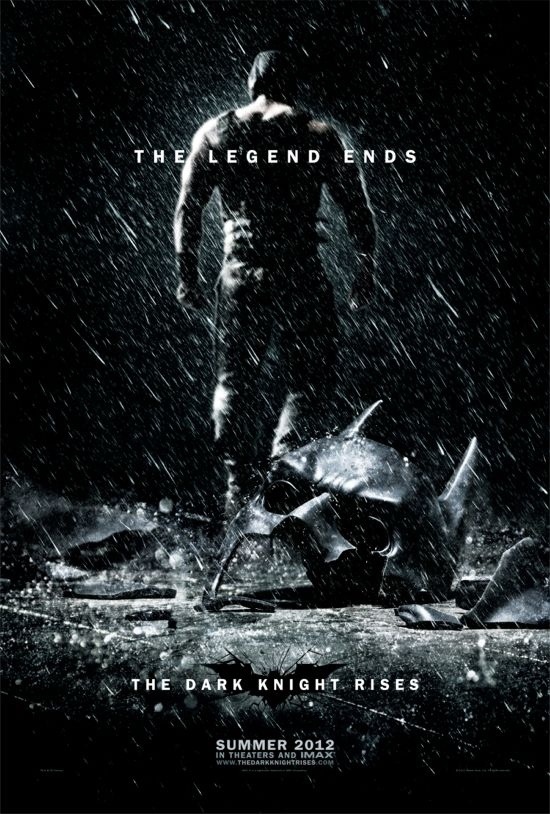 An epic story is coming to a close. Brilliant work from Chris Nolan. Many people have scowled at Anne Hathaway being cast as Selina Kyle. Most people had the same reaction when they cast Heath Ledger as the Joker. I for one think she was amaze people and pull through with making her a memorable character in Nolan’s universe. The cast is nothing short of spectacular and the storytelling so far has just been amazing. I’m sure box office records will break on its opening weekend and I cannot wait to be a part of that. If I do not see it in IMAX, then I do not want to see it at all. I saw the 9 minute sequence in theaters attached to MISSION: IMPOSSIBLE – GHOST PROTOCOL and I must say that Tom Hardy makes a terrific Bane. June, are you here yet!?!?!? 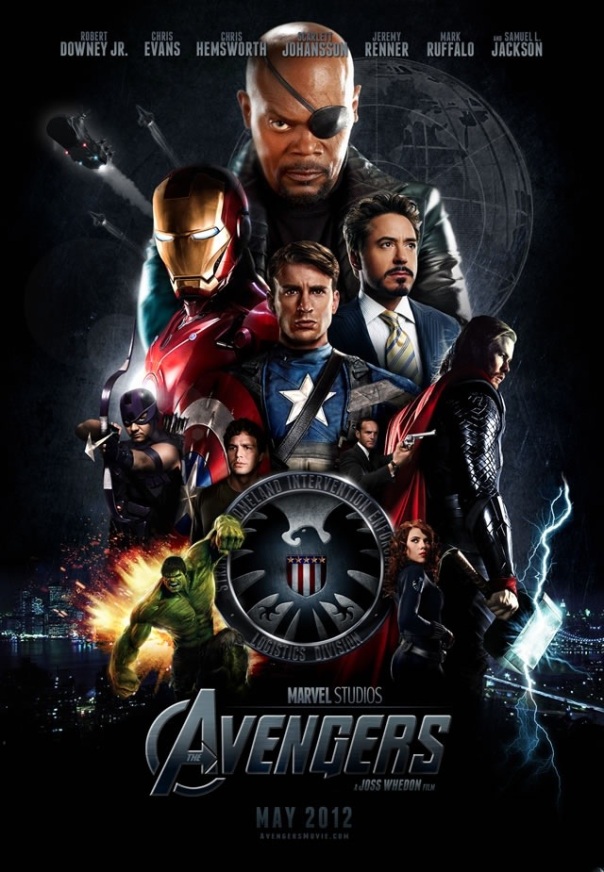 Marvel has done a great job at introducing the characters in their own films. Its awesome that these characters have been introduced to the audience and now we get to see them in action in the same film. It will be one of the biggest films of the year. The fact that they got Joss Whedon to helm this project made my inner geek bust into nerdgasms. Whedon is a great storyteller!! He has a gift with ensemble casts. He has a cult following already, and this film will propel him even further into fame. I cannot wait!! Anyone not convinced with him has yet to realize his accomplishments in some of the most iconic television series and films. Yes, films too. Buffy the Vampier Slayer. Angel. Firefly. Dollhouse. Serenity. Uncredited rewrites for Speed, Twister and Toy Story…. This man is a GENIUS!! But what about helping a story with comic book characters!?!? Bitches, please…… Read through his amazing arcs he has written in The Astonishing X-Men. If that doesn’t convince you, then you don’t know great writing. Two years ago at comic con when Joss Whedon brought out the full cast of The Avengers, I will admit I screamed and jumped like a little bitch. Kidvid can confirm this. I had, and still don’t have, any shame about what I did at that moment.

1. THE HOBBIT: AN UNEXPECTED JOURNEY 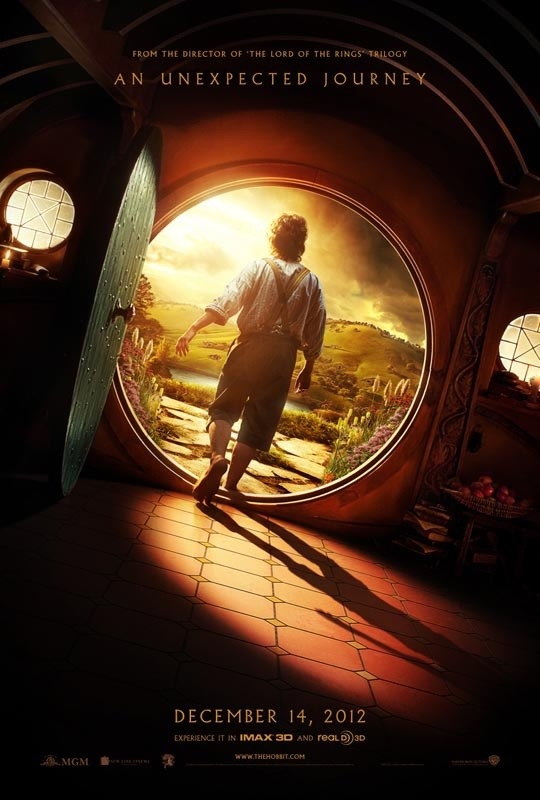 We are now to my most anticipated film of the year. Yes, clearly those who know me may be surprised that THE AVENGERS or THE DARK KNIGHT RISES are not my number one film, but there is something about Peter Jackson’s masterpiece trilogy that makes this my film to see. I want to travel back to Middle Earth. I want to join Bilbo and Gandalf on the adventure that started it all. No one could have possibly brought the epicness that we are bound to see come to life more than Jackson. The trailer was more of a tease but it showed me all that I needed to see to remind me of the journey I took along with the fellowship many years ago. The only down side is waiting until the end of the year to see this film. But it will be a fitting way to end life, if the world does indeed come to and end. Thankfully it is being released on December 14th, one week before the earth is set to expire. =] I’ll be a happy Geek indeed.

Many more films I am anxious to see did not make my list. One of the biggest that may surprise people is the rebooted SPIDER-MAN film. There is just something off with it. I’m not the biggest fan of getting his point of view as he swings through New York. Yes, I know it is suppose to make us feel as if we are web-slinging with Spidey, but I honestly thought that was kind of lame. Who knows, I may change my mind. I do love me some Emma Stone, and I will definitely be checking it out. But, only time will tell. I can ramble on about many more films, but I’ll leave that or another post. So there you have it. My most anticipated films of 2012. 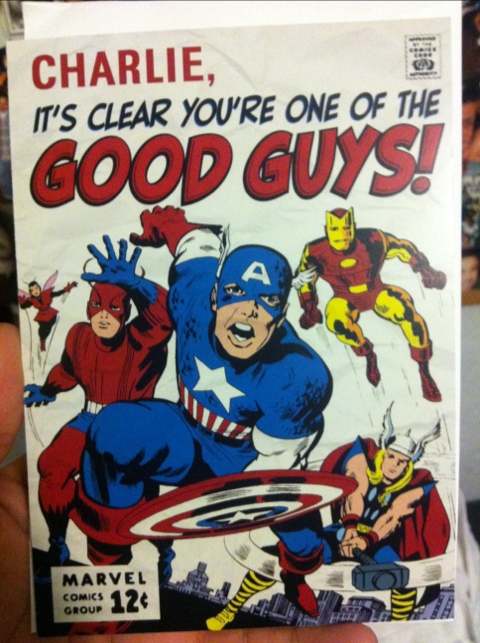 Evelyn, my brothers girlfriend gave me this card for my Bday. This is by far the most epic Bday card I’ve gotten!! Thank you!!!!! =D

Came to the Powwow Saloon today for the first time. They have a pool table and karaoke! And cheap drinks!!! I like, I like!!

UPDATED:
It ended up being Nessy, Vega, Lulu, Karilo and I celebrating Nessy’s pre Bday bash. 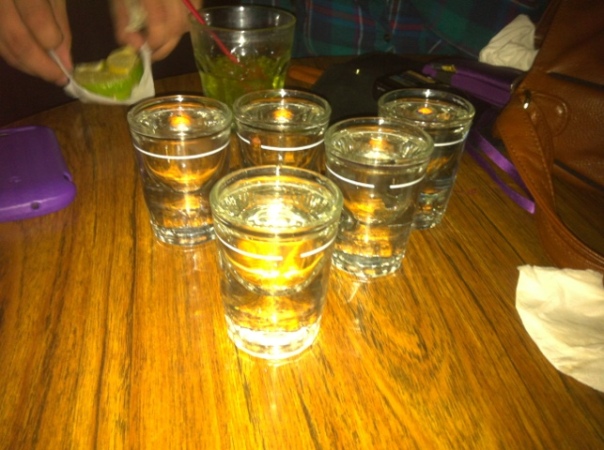 Shots were had last night. Then some mixed drinks…. 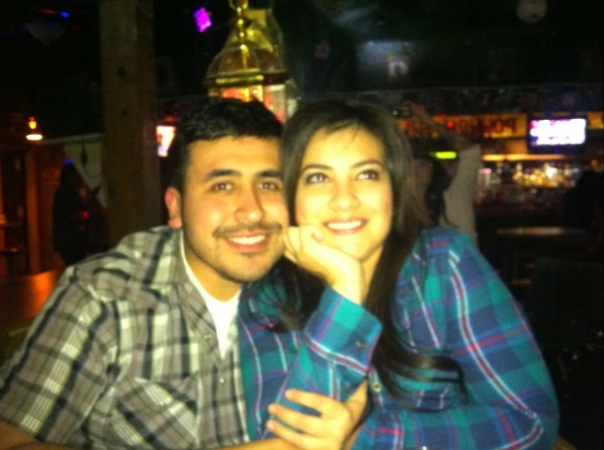 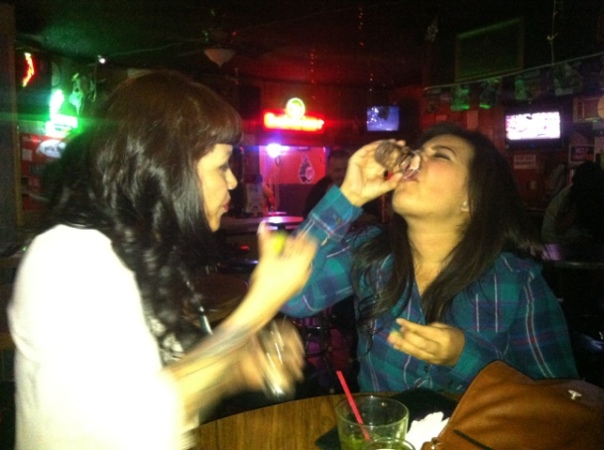 Bday girl took her shot and hilarity ensued from that point until we got home. 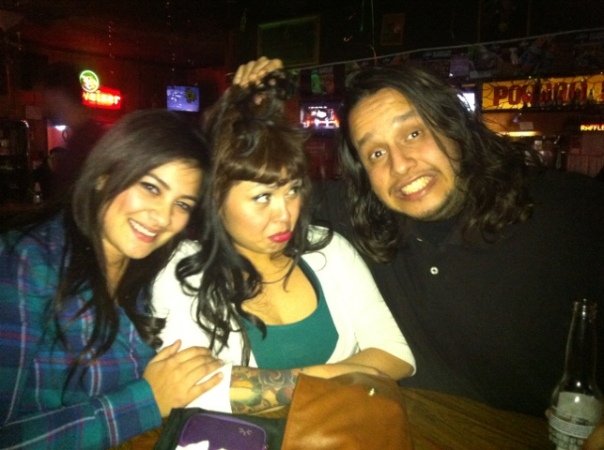 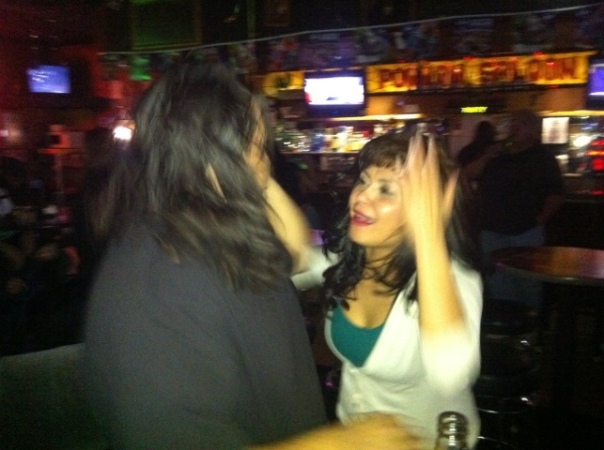 It was a fun filled night. The drinks were cheap! I’m definitely going back! I just realized I didn’t buy a round of drinks, so next one is on me! 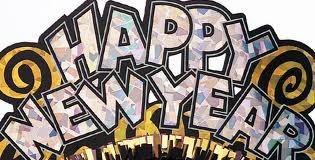 Happy New Year everyone! A new year has begun and I will make this year a good one for me. I expect alot of changes in all aspects of my life, so I’ll be here documenting my journey. Hope you tag along!